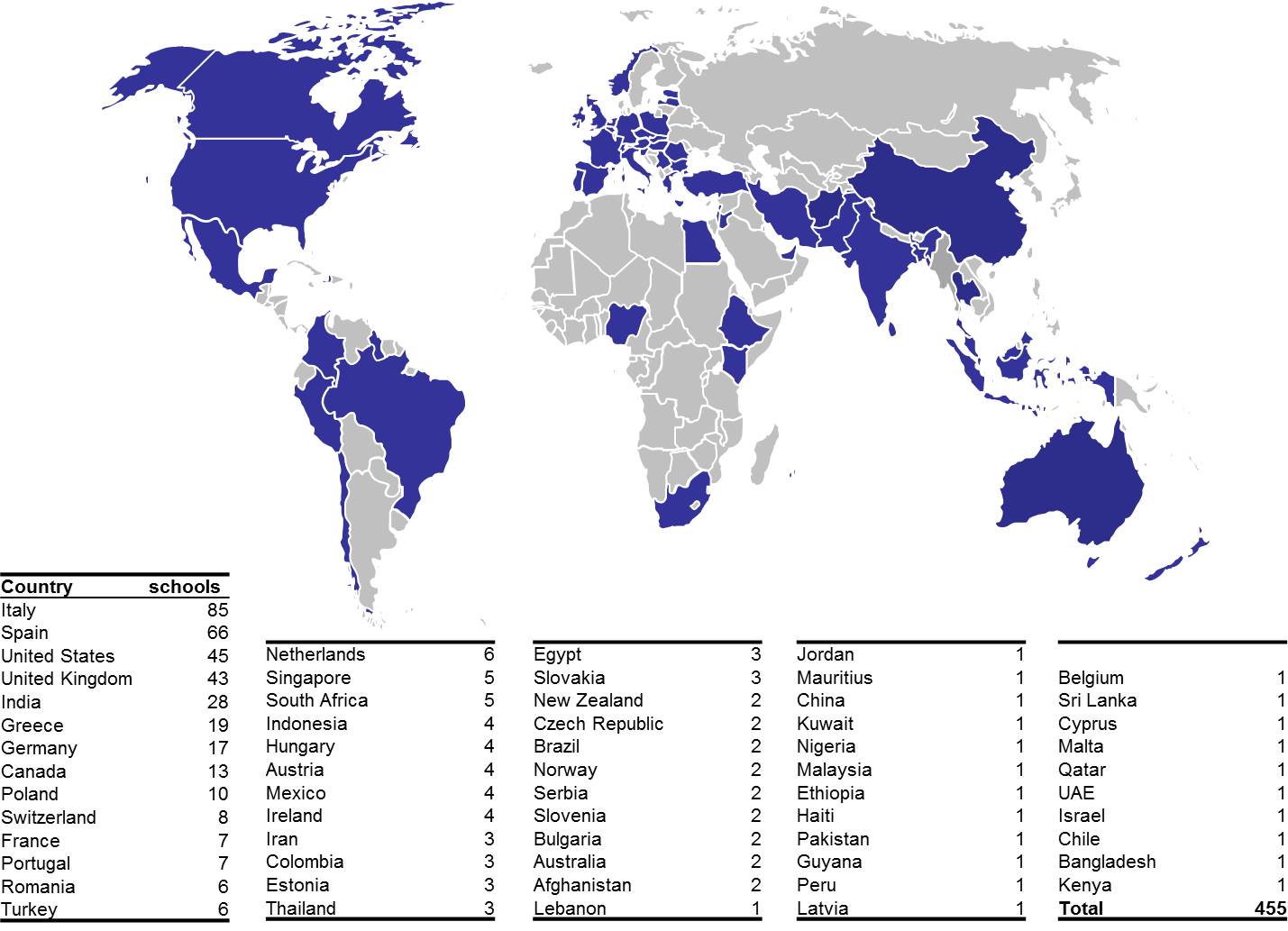 World map showing the locations, in blue, of the 455 teams registered for the beamline for schools competition (Image: Kristin Kaltenhauser)

The race is on for Beamline for Schools teams

With registration closed, the 455 teams now have just 55 days to say why they should win the CERN beamline for schools competition.

Since its launch in November, news of the competition spread via the #bl4s hashtag, and even musician Will-i-am helped with promotion. CERN produced multilingual videos, including talks about the basics of particles and beams that were watched a combined total of 9000 times, as well as live hangouts to answer questions in real-time.

From all over the world, school groups registered by sending their “tweets of intent” – 140 characters to say why they want to carry out their own experiments on one of CERN’s beamlines. Some great tweets included: “PHI! Love, Breathe, Drink, Eat Physics. Best Restaurant in town? CERN” (India); “We're adeptly innovative with phenomenal ideas in a poorly funded school. CERN's competition offers an opportunity that seems unreal.” (Guyana); “Because we know physics goes beyond what's written on books and we could so try out new ways to apply it, and so enrich our own lives.” (Italy) and many more (read them here).

Teams must now get to work and write their proposals for the deadline of 31 March, midnight CET. They’ll need to say why they want to come to CERN, what they hope to take away from the experience and initial thoughts on how they’d use the beamline for their experiment. They’ll also need to submit a 1-minute video summarizing the proposal in a creative, entertaining way.

Proposals will be judged on motivation, creativity, feasibility and on following the scientific method. A team of CERN researchers will prepare a shortlist to send to CERN’s SPS and PS experiments Committee (SPSC), who will select one lucky team in May.

So for now, the race is on!