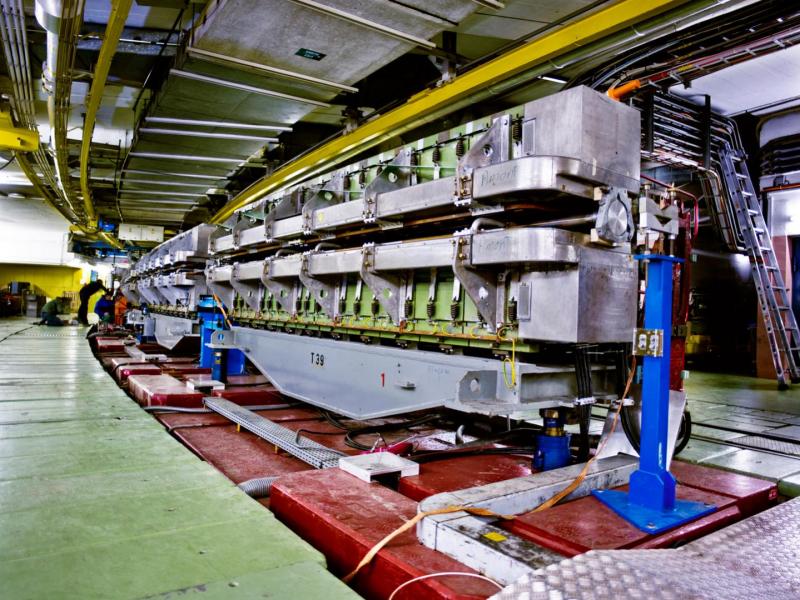 Two weeks to go to register for Beamline for Schools

With registration closing on 31 January, what would you do if you could conduct a real experiment on a CERN proton beamline? As part of this year’s 60th anniversary celebrations, CERN has launched a beamline for schools competition.

CERN is inviting students aged 16 and upward from anywhere in the world to submit a proposal to do an experiment with a beam of particles from the Proton Synchrotron beamline. Each team can be composed of up to 30 students with at least one adult supervisor. This summer, up to nine students of the selected team will be invited to CERN to run the team’s experiment. Travelling and living expenses for the selected group will be covered by CERN.

The competition mirrors the real way that researchers bid for access to the laboratory's unique facilities. Students need to first register by the end of January, then submit a proposal for a research project to be conducted at the beamline by the end of March. The proposals will be pre-selected by a group of CERN scientists, and will then be reviewed by the same committee that validates all proposals for experiments at the laboratory’s Super Proton Synchrotron and Proton Synchrotron accelerators.

So what could you be doing? Essentially, you can investigate how beams of particles interact with matter. For example, you could study what happens when beams containing different types of particles hit targets made of various materials, build and test your own detector or measure the lifetime of particles. See here for more. The proposals will be judged on creativity, motivation, feasibility and adherence to the scientific method.

Here is your chance to come to run your own experiment at CERN. This will last about a week and take place in July, August or September. CERN physicists will be helping you to refine your idea before and during your stay at CERN.

Don’t hesitate to fill out the registration form before 31 January 2014. All you need to do at this point is send us the name of the school and of the participants as well as a tweet-of-intent stating why you think you should win this competition. You will still have until 31 March to prepare your full project, including a 1-minute video giving the highlights. Here is your chance!